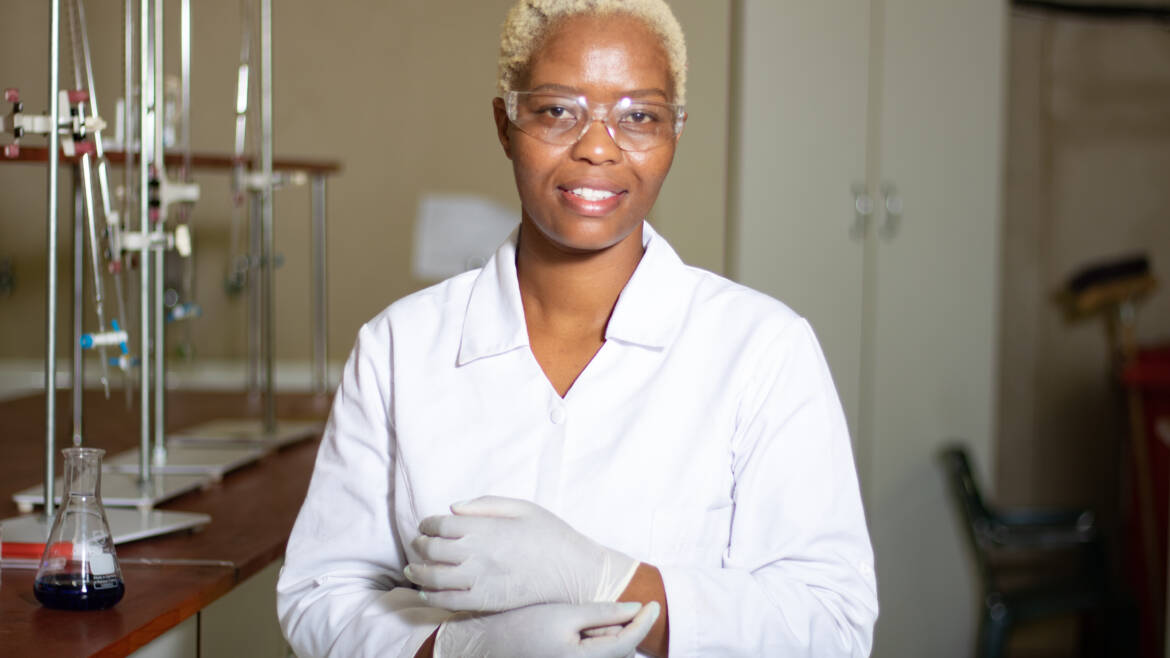 Doctor Kwanele Kunene’s journey from Berea Technical College to becoming a PhD
graduate in London and now a Chemical Engineering lecturer is inspiring.
Scholar Dr Kwanele Kunene is one of Berea Tech’s success stories in terms of students
who began their studies at the institution and pursued advanced degrees such as
master’s and doctorate degrees at universities locally and abroad.
Kwanele was born in Dannhäuser and has three sisters, including a twin sister
Sneliswa. Growing up in a low-income family with limited resources to fund her
education, Kwanele knew that education was the only ticket out of poverty.
“My sister and I were invited to a graduation party in Pietermaritzburg (PMB), where I
saw people wearing graduation gowns for the first time. But what had caught my eye
was a girl who was the only one wearing a red graduation gown. When I asked why she
was dressed differently, I was told that she had obtained her PhD, which was the
highest of the rest,” recalls Kwanele.
Admitting this is where her passion for education began; this is when she started to
apply to higher education institutions to study Chemical Engineering.
“When I was at Durban University of Technology (DUT), I had been accepted to study
Human Resources because my application for Chemical Engineering had been
rejected. I came across a Berea Technical College brochure where I discovered I could
study Chemical Engineering from N3 to N6,” she added.
“Berea Tech was a steppingstone to greatness for me, and my time there was life-
changing. I did not know much about math’s when I first started college, and my math’s
grades were bad, but the Saturday classes truly helped me understand the subject. The
lecturers were also very patient with me, which allowed me to gain confidence and
understand the subject. I did surprisingly well in math’s and physics and was accepted
at Durban University of Technology (DUT), “ said Kwanele.
“I didn’t need to take an entrance exam at DUT, which is remarkable because most
students accepted into chemical engineering are assessed first, but this was not the
case for me, ” said Kwanele.

She was soon offered a scholarship to study for a master’s degree in Riga, Latvia, and
then moved to the prestigious Montpellier University in France in 2019. Kwanele
attributes her academic success to the encouragement she received from her twin
sister, Snelisiwe.
“My family has been a big support system, especially my twin sister who put her
aspirations on hold to allow me to pursue my dreams and impact the community, “ said
Kwanele.
While ascribing her aptitude to simultaneously focusing on her lecturing duties at Berea
Technical College in the faculty of Chemical Engineering, the formidable young lady
hopes to extend her studies by pursuing a post-doctoral position and becoming a
professor.
‘With a PhD being the highest tertiary qualification, I am looking into post-doctoral
options and becoming a professor, “ she said.
Kwanele encourages prospective students to consider colleges as steppingstones to
attaining and upgrading their higher education, allowing them to pursue their goals and
continue their studies at universities.
When Kwanele is not behind a chemistry beaker, she enjoys listening to music and
travelling.
To learn more about Chemical Engineering as a career, visit www.btc.edu.za